Lots of racing this weekend at Indian Lakes Resort in Bloomingdale for stops eight and nine of the Chicago Cyclocross Cup. A big thank you to the Witt’s, who were out in force with food and beverages to keep everyone fueled and warm. Saturday was cold and windy, while Sunday was cold with a healthy amount of snowfall. Judging by the results from Sunday, ABD racers really enjoyed that bit of moisture on Sunday!

Congrats to everyone on a great weekend. Next week is the Melas Basin Race, a race in a large drainage basin - lots of climbing and off camber! Even more fun, the forecast (at this point) calls for some rain/snow! Andy Walker

Stop 6 of the Chicago Cyclocross Cup was at the Halloween-themed Campton Hills Park, brought to us by our friends at Bicycle Heaven. The course had a few changes from past years and it looked like they added a few more power sections, but brought back the off-camber turns and the beloved single track sections that offered opportunities to “get rad,” as the kids say. However, I wasn’t there, so I could be wrong on all of this.

ABD had a number of great results this weekend:

Next week is in Woodstock, hope to see you out there! Andy Walker

First off, a huge thank you to Jim Nowak for all his efforts to make Stop # 5 of the Chicago Cross Cup happen for ABD every year. Not to mention the foresight to plan the race on such beautiful fall day - brilliant! While a little chilly in the morning, the mid-day races were treated to very little wind (rare for Sunrise park), temps around 70 degrees, and sunny skies. And of course, thanks to the Witts for the ‘cross-pitality tent!

The course was similar to last year complete with log-jumps, wooded sections, off-camber turns, and power sections. Jim did a great job laying out the course to nestle the technical sections between the power to afford some recovery time. Finding those key times to catch your breath after putting in a hard effort is a key part of any course and something to think about during your course recon before each race.

Lots of ABD riders in the race today, here’s how they fared: Two ABD riders were In the Men’s cat 1/2/3, the second race of the day for both race: Brad Dash finished 34th and Jim Cannella finished 49th. In the Cat 3 race, Ben Demong came in 12th; Bryan McVey had a great start and first few laps, but a flat tire landed him in 41st, I finished 42nd, Jim Cannella was 65th, and Jack Thompson finished 75th. In the Cat 4 race, Shane McQuillan finished 14th, Jerry Meister was 63rd. In the Cat 4/ 5 race, Mark Pavlovcik came in 21st, Jerry Meister was 36th, and James Hibbler was 85th. Brianna Urban finished 18th, Julie Esposito 38th, and Syd Berenyi 41st in the juniors 9-14 race. Brianna Urban finished 2nd in the girls 9-14! Congrats, keep up the good work! In the 35+ race, Brad Dash had a great early morning ride, finishing 9th, while Brian Urban was 40th Jim Nowak finished the 45+ in 21st and Steve Prinner came in 46th. In the 55+ race, Craig McKenzie finished 19th, Walter Stoops was 20th, Gary Kula was 23rd, Daniel Madsen was 24th, Ross “I kept the rubber side down” Browne finished 29th, and Ludy had to DNF. And last but not least, in the Women’s Cat 4 race, Wendy Esposito was 24th with Natalie Mouw and Catlin Urban finished 39th and 40th, respectively. I hope that’s everyone! Next week is a fun Halloween-themed race put on by Bicycle Heaven. The course at Campton Hills is a challenging one - plenty of technical single track, some railroad tie stairs, off-camber, long power sections, etc. If that's not enough, the Witts will be out in force once again. This is one of my favorite courses, but, unfortunately, I won't be out there to watch the costumed crazies. So good luck everyone, and see you in two weeks. Andy Walker

Chicago Cross Cup stop #4 was at Carpenter Park in Carpentersville yesterday. This race is paired with an annual Octoberfest and makes for a great fall atmosphere. Of course, we had own atmosphere by the ABD compound. Sue and Scott Witt were out in force with refreshments, some delicious baked goods, and some plenty of food off the grill (I think I saw some potato pancakes). Thanks, as always, for coming out!

Next, week is the ABD sponsored race at Sunrise Park in Bartlett! We are still looking for some volunteers, check out Jim’ Nowak’s previous emails for the details and how to set up. Hope to see you out there!

The course was roughly the same as past years - only backwards! The starting chute led to two couple of long sweeping turns, leaving plenty of time to spread out the field before a long series of turns. This section wasn’t too difficult, but if you didn’t exit one turn and properly set up for the next, you would expend valuable energy trying to keep up with your competitors. All the turns then brought racers to the infamous dirt rollers in the cornfield. Really intended as a BMX-style pump track, this year the rollers were spaced further apart making the timing less tricky than past years. Coming out of the rollers was a peanut buttery mud section - keep to the well-worn track or get bogged down in the thick mud. Next came a single barrier and a creek crossing, a few turns and you were up the little hill and an off camber turn. Over a set of three barrier, around a fun banked turn, and a long sweeping turn to the finish.

Results: Tony Pacini took second in the 55+, but beat his chief rival, Greg Heck, who finished 3rd. Tony remains in 2nd place overall in the series, just 10 points out of the lead. Tony was followed by Luddy Monfort at 10th, Craig McKenzie in 15th, Walter Stoops in 17th, and Ross Browne in 29th. Ross assures us that, while he may not be up front with Tony, he is learning! Brad Dash was 35th in the Men’s 1/2/3 race. In the Cat 3 race, Ben Demong finished 14th, Bryan McVey was 27th, I was 46th, Jack Thompson was 68th, and Jim Cannella was 72nd. In the Cat 4 race, Shane McQuillan finished 24th and Jerry Meister was 55th. Jerry Meister was 36th in the Cat 4 / 5 race. Brianna Urban finished 18th in the 9-14 juniors category. In the 35+ race, Brad Dash finished 21st, Shane McQuillan finished 28th, and Brian Urban was 49th. In the 45+ race, Jim Nowak finished 17th and Steve Prinner was 56th. And, finally, to wrap it up with some controversy, Catlin Urban passed a competitor from BFF Racing before the finish line, but she wasn’t given credit for her effort by the judge and she was still scored last of 47 Cat 4 Women. That’s okay, Catlin, we all know you won, and that’s all that counts! I hope I got everyone. Thanks for reading. Andy Walker

Stop # 3 of the Chicago Cross Cup brought us to Dan Ryan Woods on Chicago’s south side. DRW is well known for a large hill that has both wooded areas with rooted, technical single track and open spaces for sledding in the winter. Race promoters Beverly Bike-Vee Pak took full advantage of the terrain this year to create a tough, challenging course. Course conditions changed drastically throughout the day with early racers facing treacherous muddy descents, slick off-camber sections, and tacky dirt turns. However, by mid-day, the bright sun and brisk breeze dried the slippery sections somewhat and made many of the turns loose and dusty.

ABD had some great results on the tough course: Tony Pacini took 1st in the Masters 55+ race and is in 2nd place in the series behind Greg Anderson of Spindoctors. Congrats Tony! Brad Dash was 31st in the men's 123 race Ben Demong finished a series best 7th place in the Cat 3 race; he is now 7th in the series. I was 44th, Jim Cannella finished 68th, and Tony Pacini had to DNF when his leg went numb after he banged a pedal off the back of his knee. Shane "I have no idea what you just said" McQuillan finished 26th in the 35+ race, while Brain Urban finished 50th. In the 45+ race, Jim Nowak was 20th, and Steve Prinner finished 57th. I mentioned Tony's win in the 55+ earlier, but also out there climbing the hills were Luddy Montfort at 13th, Craig Mckenzie was 22nd, Walter Stoops finished 25th, Ross Browne was 26th, and Daniel Madsen was 31st. Our favorite junior, Brianna Urban came in 23rd in the 9-14 race. Brian Urban and Jerry Meister raced the cat 4s and finished 70th and 93, respectively. In the cat 4/5 race Jerry Meister doubled up and finished 61 followed by Kurtis Donald at 78th. I think I got everyone, yell at me if I didn't. Next up is Carpentersville, which is great race for spectating. There is an Octoberfest alongside the race, complete with a bouncy house for the kids and a beer garden for the rest of us. And don't forget: Carpentersville is one the the races that will feature the hospitality of Scott and Sue Witt. The weather forecast looks perfect, see you out there! Andy Walker 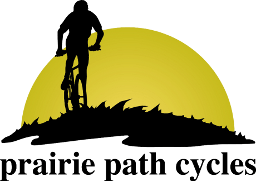 Ride Along With Us